Unite the Right Redux: An Open Letter to Conservatives

Hi there, all you Conservatives and those who lean Right,

Now is the time.  Right now.  This is where you have another chance to tell the rest of us where you stand. By your own words and deeds will you be assessed.

Warning: This post contains some graphic, or disturbing photos.

Last year, a bunch of folks gathered in Charlottesville, Virginia in an event called “Unite the Right.” The organizers and the vast majority, if not all, of those attending were white supremacists or white nationalists of some type.  They called it “Unite the Right.”  They gave it that name.  Not the mainstream media. Not Liberals.

In so naming the event, those folks said that all of the Right and Conservatives were lumped in with them.

In the wake of the events of Charlottesville, including a night march very reminiscent of Nazi torchlight marches, complete with Nazi slogans being chanted in a U.S. city, I asked. I waited. I hoped. And quite frankly, I expected that the vast majority of the rest of you folks on the Right and Conservatives would come forward and disavow those folks.

I kept asking the question. I kept expecting the rejection of the categorization.  Instead I got defenses of those white supremacists and white nationalists. Those on the Right and Conservatives that I encountered did not once object to the labelling.

Someone the other day said that for them the white supremacists marching in Charlottesville raised a haunting question: “Was it an invasion, or a homecoming?”  Your responses to me indicated an answer. Homecoming.

So in the wake of your responses last year, I felt no guilt in lumping you all together with those white nationalists and white supremacists.  If you did not want me to do that, you would have told me that’s not who you were, right?

The folks in Charlottesville marched carrying the flags of Nazis, the Confederacy, and white supremacist groups.

They chanted “Jews will not replace us” and “Blood and Soil”, a Nazi slogan, as they marched to the light of torches, just as Nazis did to honor Hitler and his Third Reich decades ago.

They came with armor and carrying not just guns, but guns specifically designed for combat only.

One of them rammed his car into a group of pedestrian counter-protesters and killed one. The video of that attack makes clear, he went out of his way to do it.  In response to the video of the attack, another of his fellow protestors said it was justified because the protesters were blocking his car. The video shows no pedestrians directly in front, or behind of his car when he punched the accelerator. 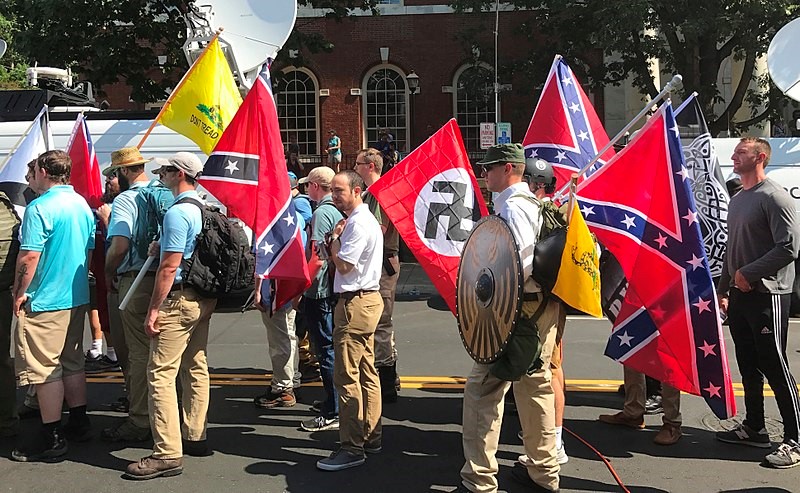 Want more photo proof? Check out the photos from this blog of the night march contrasted to those by Nazis.  I also discuss the rally and show a photo of some of the flags in this blog.

Preserving history, or Southern heritage was just a pretext.  An excuse.  This was about white hatred and bigotry putting on a show of force for the whole nation to see. And they said you were part of it.

These folks are the KKK, in actuality, or in brotherhood and spirit. Those people are Nazis, in their horrid ideology, if not in actuality.

LOOK CLOSER AT JUST A SMALL PART OF WHERE THIS LEADS

Nazi ideals lead to the deaths of about 20 million people during the Holocaust alone.

The KKK has worked hard for an America free of brown people, Jews, Catholics, and so many more that don’t fit their narrow definition of what society should contain.  Someday that may be you too. They killed people for having the gall to help other U.S. citizens register and exercise their legal right to vote.  They lynched people rather than let them have their right to due process.  And for crimes they did not commit. And for daring to demand personhood.

Do you understand how reprehensible that is?

Go ahead. Take a look. 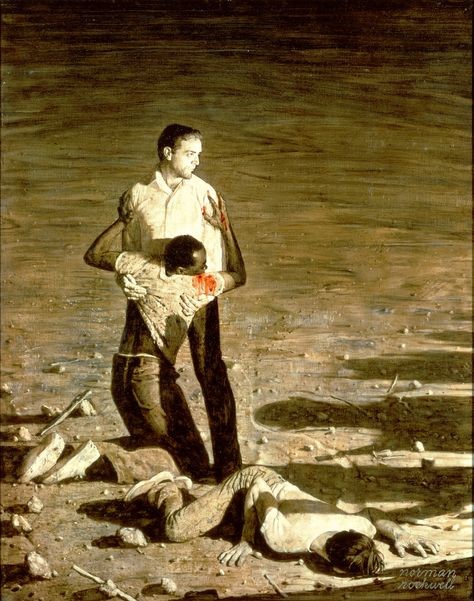 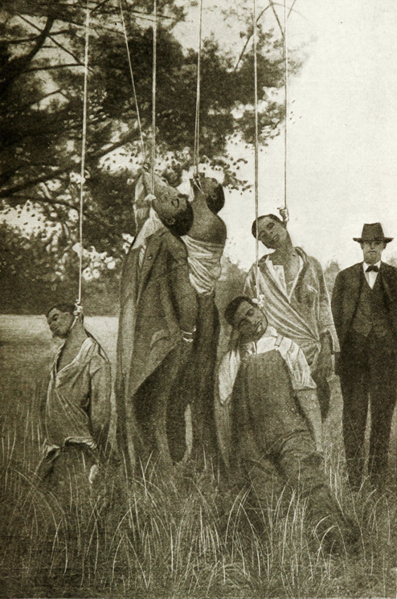 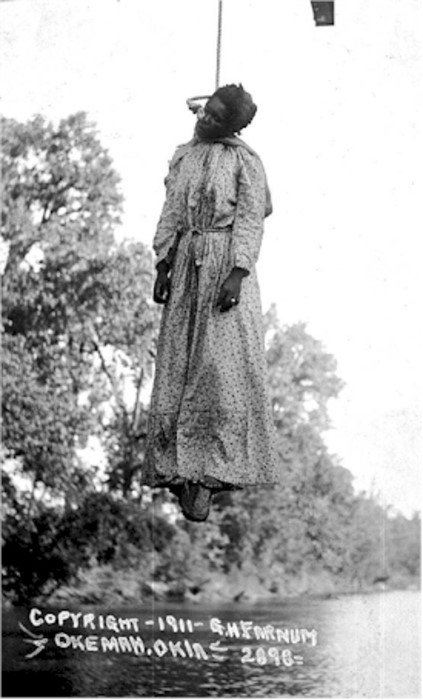 Photo by G.H. Farnum of a lynching from 1911. This was a postcard. As in something mailed around, like scenic pictures saying “Wish you were here.” 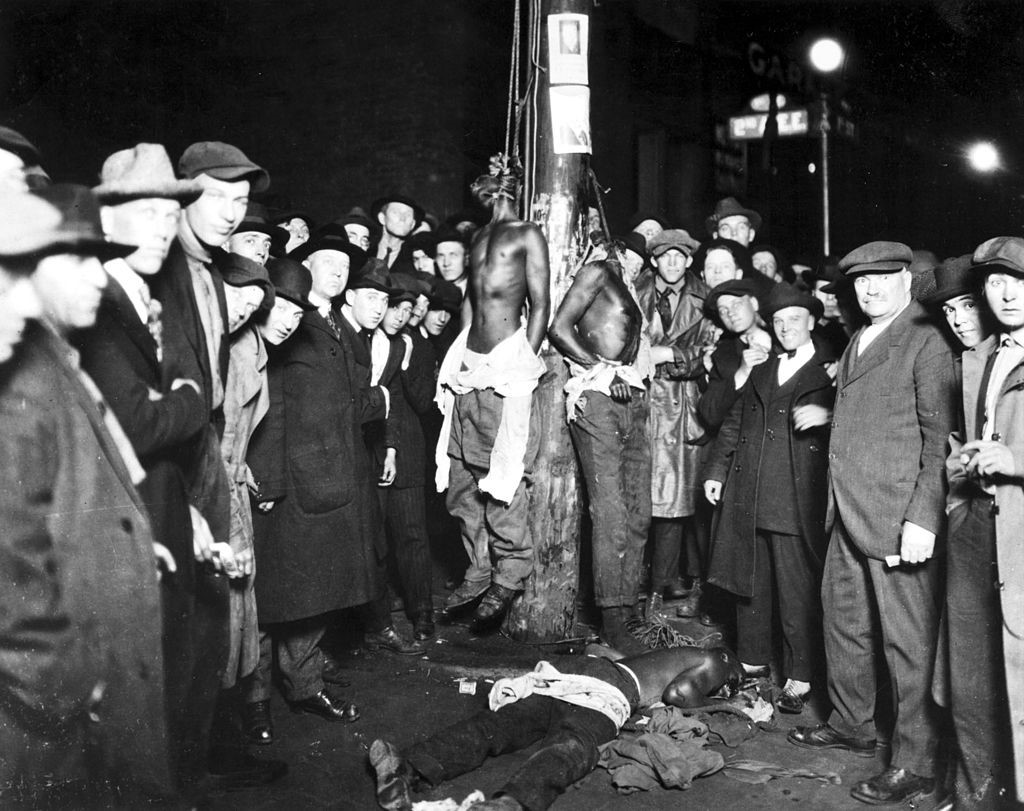 Just in case you thought this was limited to the South: These three men were lynched in Minnesota in 1920. Again, this was a postcard.

Lynching black people.  A phenomenon so terrible and so frequent, that it inspired Abel Meeropol (under the pseudonym Lewis Allen), a Russian immigrant, to write a poem in 1937, which Billy Holiday famously sang and recorded in 1939.

Blood on the leaves and blood at the root

Pastoral scene of the gallant south

The bulging eyes and the twisted mouth

Scent of magnolias, sweet and fresh

Then the sudden smell of burning flesh

Here is fruit for the crows to pluck

For the rain to gather, for the wind to suck

For the sun to rot, for the trees to drop

Here is a strange and bitter crop 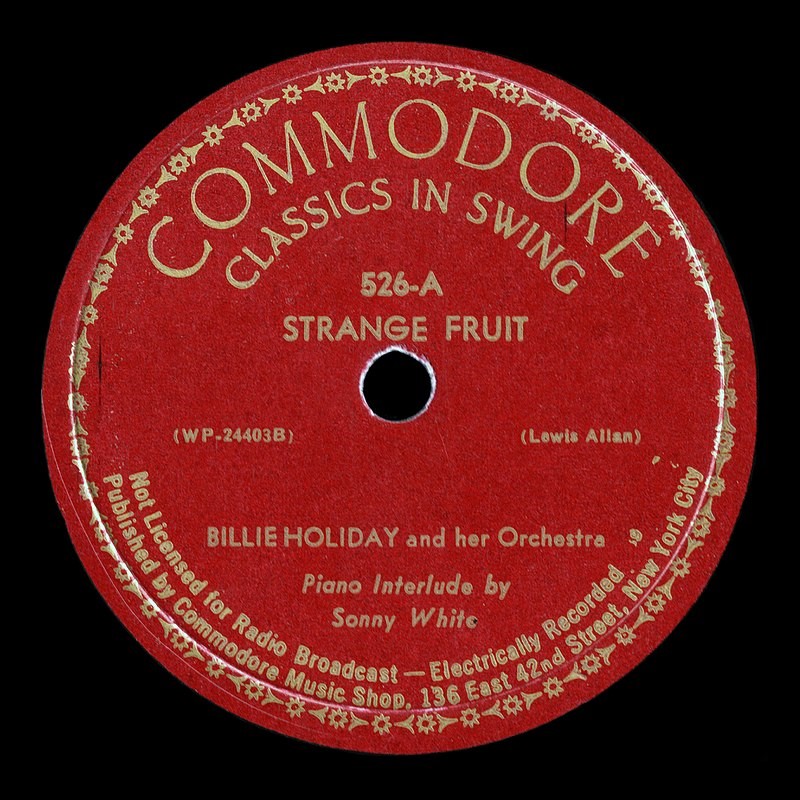 Why go on about this? Because this is what is at stake. Your silence amounts to approval and encouragement of people whose beliefs ultimately find this kind of thing okay.

Do you get that the same horrifying ideological underpinnings that lead to the Holocaust, lynching, and meeting with violence black citizens merely trying to exercise their basic right to vote also drives the folks gathering for Unite the Right?

Last year they said you were just like them. And you said nothing to contradict them.

But you have another chance. Show me that you are not about racism and bigotry trying to dress itself in other clothes. Show me that our differences in political ideologies are not founded in your racism or bigotry.  You have that chance right now.

They are marching in DC. The nation’s capital. To tell us all just how much power they have.  Will you stand with them? Will you be silent again, while they desecrate the principles of equality and freedom for all?

LOOK AT THE HISTORY

The timing is no coincidence. It’s not just that we have come upon the anniversary of their march in Charlottesville last year.  It’s worse than that.

In 1925, the KKK marched up Pennsylvania Avenue in Washington, DC, over 30,000 strong. The group held political and ideological sway in the country.  When is the anniversary of that March?  August 8. 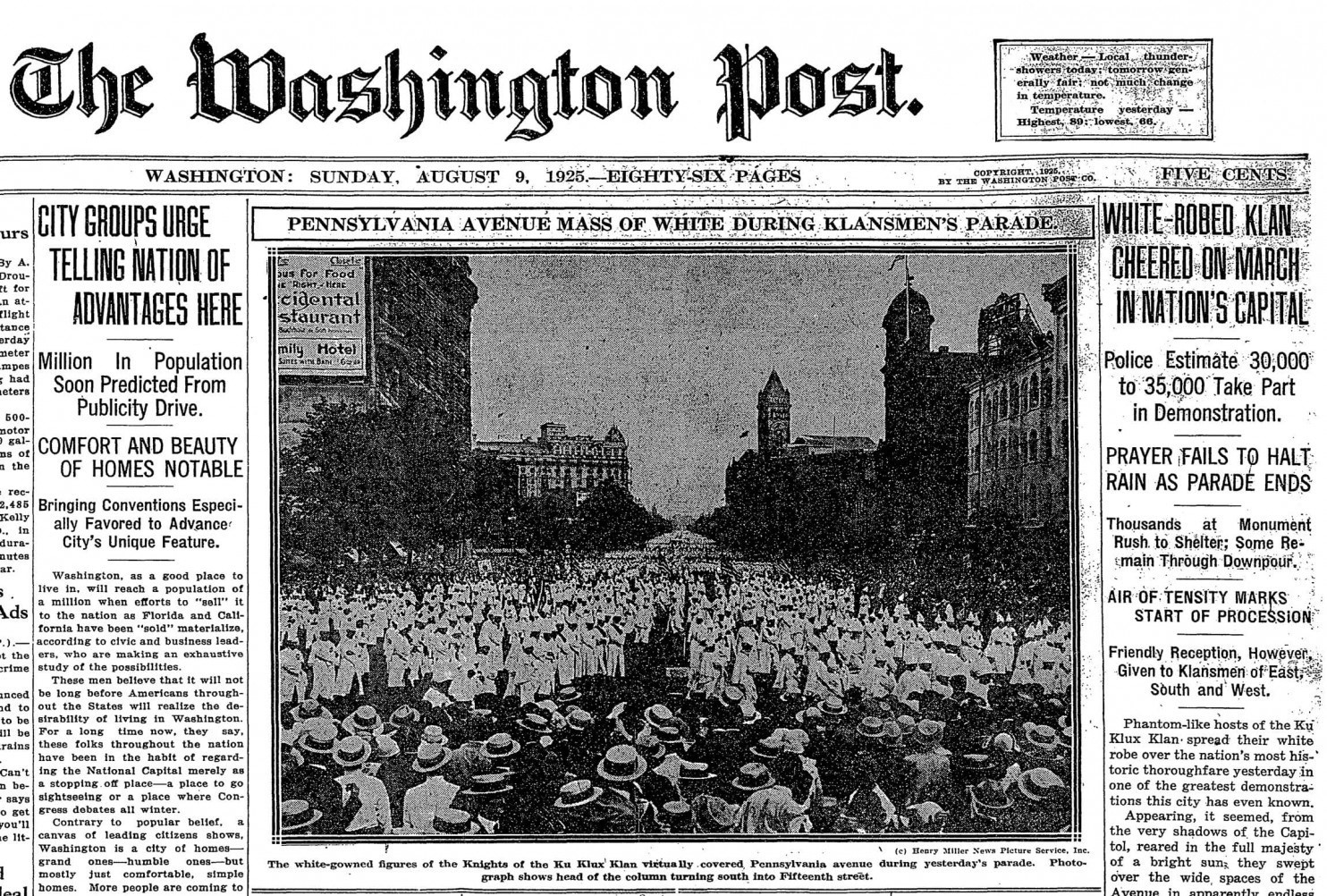 It is arguable that, when pricking the date to converge on Charlottesville last year, the Unite the Right groups did so with the intent to march in Washington, DC on later anniversaries of the event. In a deliberate echo of the KKK’s 1925 march.  And, just like the KKK’s march, the Unite the Right gathering in DC shows the power these groups and their ideologies have over present-day society and government. 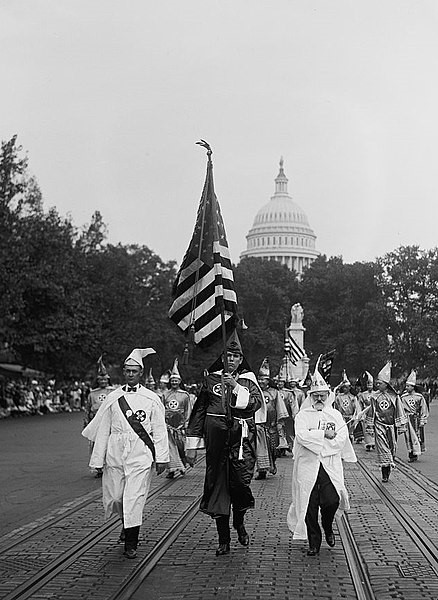 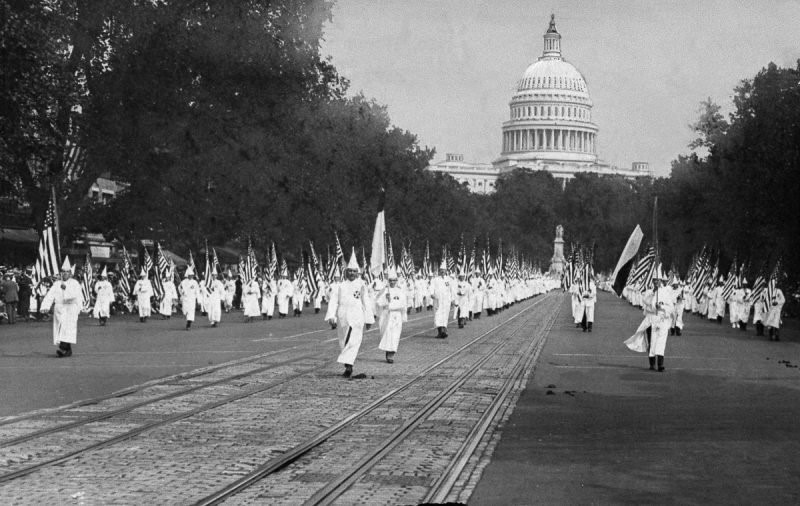 NY Daily News Archive via Getty Images. Note that not even these folks had the gall to march with Confederate flags, like those in Charlottesville. 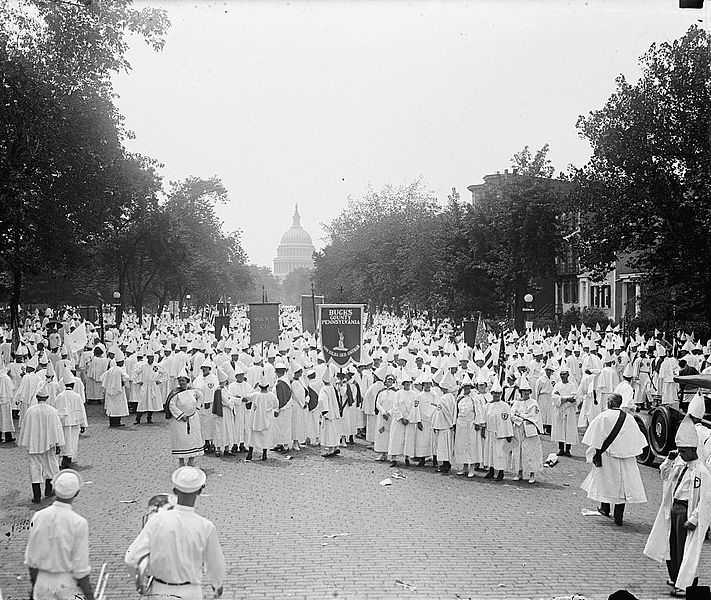 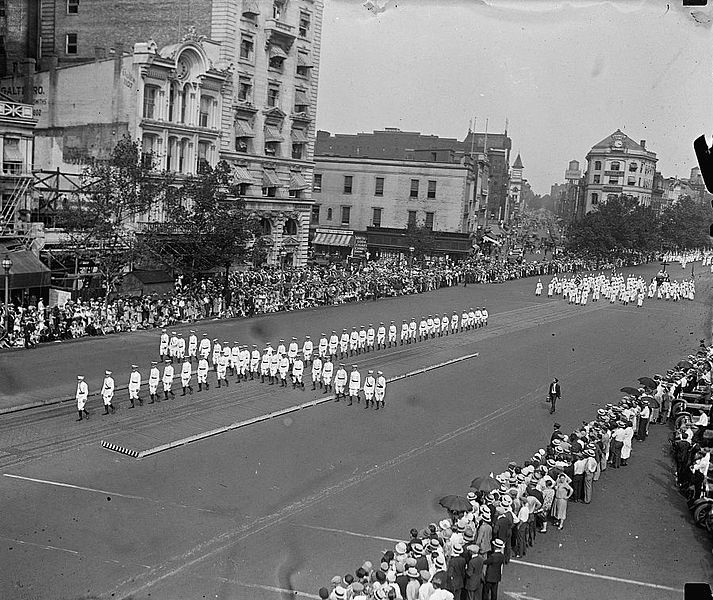 Look at those photos.  This happened. This was our past. And it is about to be our present. I thought we didn’t go for this kind of garbage anymore. What’s more, the folks doing this say you are part of it.

IT’S YOUR MOVE; WE’RE ALL WAITING

The rest of us have no ability to say or do anything to separate you from this. Only you can do it. Only you can tell these folks off.

If you don’t, what are the rest of us left to think? That either you don’t care, or you agree. You are okay with being lumped in with bigots and racists who are arguing for policy based on that bigotry and racism. That makes you a bigot and a racist. And the rest of us have every right to call you out on it.

We have every right to assess that every single one of your policies must be just as laden with bigotry and racism.  That politically and ideologically, you are utterly bankrupt and have no merit.  That there is no debate; you are just wrong.

In the past, the KKK marched boldly up the main streets of Washington, D.C.  Are you okay with essentially the same thing happening again?  Do you want me to believe this is the great America you wanted back?

The rest of us are waiting and watching. By your own words and deeds, you will be known.